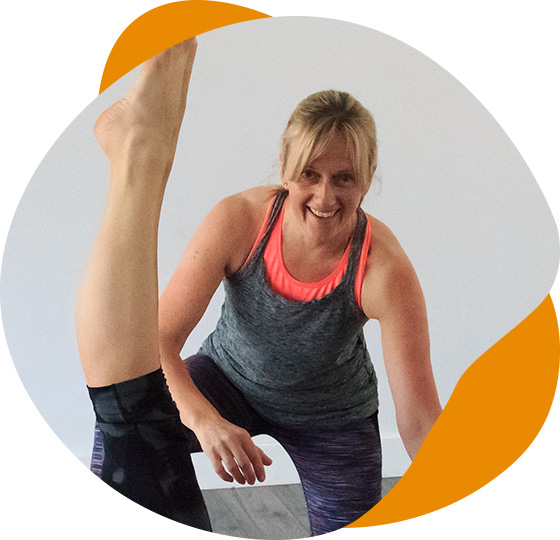 Owner of ‘Get Moving Keep Moving Ltd’ and Verve, Susan is a Chartered Physiotherapist and has been teaching Pilates since 2002.  At the time a Fitness Manager in a Health Club in Richmond Surrey, more interested in running and ski-ing, she struggled to find Pilates instructors to work on the timetable and embarked on the Pilates training herself.  With an interest in Sports Therapy and dealing with her own back ‘niggles’ from a car accident she was instantly hooked and wished she’d done it sooner.  She soon began to work more closely with the Pilates method and rehabilitation.  The ‘Physiotherapy’ spark re-ignited she returned to the books and retrained as a Physiotherapist in 2009.   She also worked for Future Fit Training Ltd as a Pilates teacher trainer for over 10 years until opening Verve in 2017. She believes Pilates and it’s principles have a place in everyone’s life, whether you are a seasoned exerciser or simply trying to achieve normal daily activities.  Pilates can help people reach their physical or functional potential.  Susan teaches a number of our mat classes, rehabilitation and 1:1 Pilates as well as Reformer Pilates.

Susan’s clients also include those with back, neck and joint pain, age related aches and pains and conditions such as osteoarthritis and osteoporosis, health conditions affecting mobility such as Parkingsons & MS, injury prevention and rehabilitation. 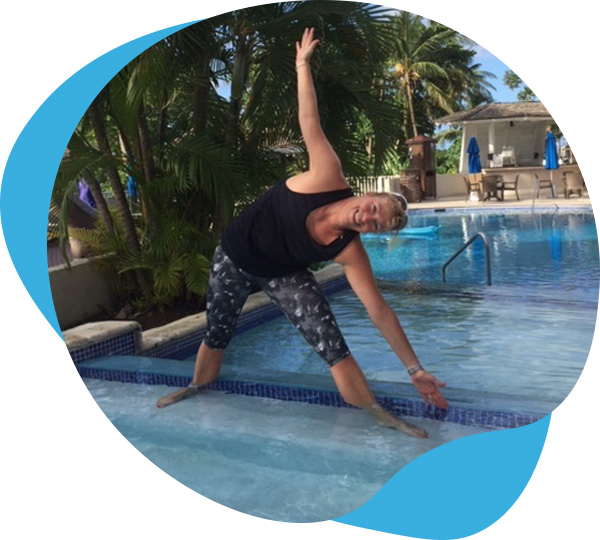 Joan is a former Great Britain slalom canoeist who relocated to Llangollen from Manchester to train on the River Dee and River Tryweryn to gain selection for junior and senior GB representation at World Championships and the World Cup Series 1986-1994.

Narrowly missing out on the 1992 Olympic selection allowed her to refocus and complete an Environmental Studies degree, followed by a PGCE in Secondary Education, before embarking on rewarding careers, firstly as a Police Officer in Cheshire Constabulary and then completing a 16 year commission as a Squadron Leader in the Royal Air Force. The latter giving her an abundance of opportunities to enjoy off-shore sailing and also be able to continue to represent the RAF in several canoeing disciplines, ultimately being recognised as the UK Armed Forces Sportswomen of the Year Award in 2015.  Keen to settle back permanently in Llangollen (8 house moves in 16 years) and having enjoyed Pilates classes for about 4 years, she wanted to understand more about her own body and movement, ‘we need to look after our body as we can’t move house!’, she achieved a YMCA Award, Level 3 Diploma in Teaching Pilates in 2016.

Teaching a few classes a week and covering classes allows her to meet new people, which combined with some flexible work in the RAF Reserves has achieved a much better work/life balance for Joan, allowing her to spend more time with her parents who also live locally. Additionally, she now has time to enjoy road biking, marathon canoeing and ultimately walking in the local hills with her husband, Jason and Springer Spaniel, Jarvis.

Her favourite exercise is not specifically one of Pilates’ exercises but actually achieving Neutral Spine and engaging the Core Muscles, as the set-up can be practiced anywhere and at any time, giving a better posture 24/7. Her favourite quote for Pilates and Life in general is ‘Let’s Strive for Progress, not Perfection’.

Make an enquiry
This site uses cookies: Find out more.